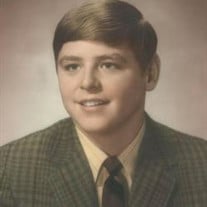 It is with a heavy heart that I must address the loss of my dear friend Tommy. Thomas Craig Stone, AKA Stoney, left us too soon at the age of 62, on the first day of January, 2015. Our loss was the gain of Heaven’s own softball league, as they added one hell of a good infielder. Tommy was preceded in death by his parent’s Norman W. Stone and Marjorie J. Stone in 2008. He is survived by his two beautiful daughters, Angeline and Taylor, both of Richland, Washington. He is also survived by his only sibling; brother Bob, along with Bob's wife Debbie. Niece; Meredith and Nephew; Garrett, Aunt's and Uncle's; Rex and Julie Underwood, Mennet Cotton, Ruth Glaser, several cousins and a group of friends too numerous to list. Tommy grew up in Cheney, WA where he graduated from Cheney High School in 1970. He then attended EWU where he lettered in swimming and diving. He graduated in 1975 with a Bachelors in Geography. He soon returned to Eastern and earned a second degree in Occupational Safety. It was this second degree in safety that led Tommy on his amazing career journey through a series of jobsites and industrial plant's all across the Northwest. A brief listing of his company affiliations include Wright Shugart Harbor and Winston; Riddel International; Liberty Mutual; Oregon State University; Boeing; Timber Products; Panco Construction; and Pacific Telecommunications. In 2006, he retired from Boeing, moved back to Cheney, and enjoyed himself immensely as he lived out the remainder of his life. Tommy, Stoney, was a very good man, a dear man, a nice man, who had a great sense of humor. He had a very good heart and was generous as all get out. He lived his life with robust enthusiasm. He loved his daughters and his family immensely, as well as his many friends. As he moved around the Northwest, with his work, he made many, many friends, and it only took a heartbeat to become a friend of Tommy's. Stoney had a great smile, a delightful laugh and a love of life. Stoney had his flaws, no debate there, as they contributed to his early demise. Even with his flaws, as we all have flaws, we should all look back and wish we had a " Tommy " in our lives. Stoney was my best friend, one of the " Best Men" at my wedding, and in my early years, along with Red, the only roommate I ever had. Stoney was one of those people that could always make it better. One part of Stoney's life that I cannot go without mentioning was our time as Smackers. Go Snip And Style. At this same time as we celebrate Tommy's life, we are also here to celebrate the lives of his parents, Marge and Norm. If you knew Stoney, you knew Marge and Norm. A few of you might have been customers in Marge's shop. A few of you might have gotten your lunch handed to you on the tennis courts by Norm. A very select few of you, got your lunch handed to you by Norm at the poker table. We will be having a Remembrance of Tommy's life, along with his Parents, on Saturday, the 25th of April, at 2:00 PM. The service will be held at Cheney Funeral Chapel, 1632 West First Street, Cheney, WA. Contact numbers are 509-235-2992, or 509-218-2473. If you would like to make some form of contribution, please think of Hospice of Spokane or any local softball league.

It is with a heavy heart that I must address the loss of my dear friend Tommy. Thomas Craig Stone, AKA Stoney, left us too soon at the age of 62, on the first day of January, 2015. Our loss was the gain of Heaven&#8217;s own softball league,... View Obituary & Service Information

The family of Thomas Craig Stone created this Life Tributes page to make it easy to share your memories.

It is with a heavy heart that I must address the loss of my dear...