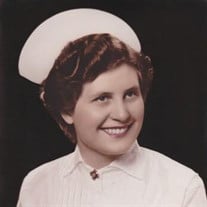 Shirley Lorraine Loomer, 95, passed away peacefully in her sleep Saturday, April 23, 2022, in Cheney, Wash. Shirley was born Dec.31, 1926, in Cheney, the second child of Charles S. Loomer and Minnie M. (nee Miller) Loomer. When she was 3, the family moved from 1st Street to a farm on Erie Street, where they enjoyed clear space farther than the eye could see. Shirley considered this her home for the rest of her life. At age 12, Shirley started her first job, as a paperboy. Around the same time, she found her Lord and Savior and joined the Nazarene Church in Cheney, eventually bringing her whole family into the congregation. Over the years, Shirley sang in the choir, served as Board Secretary, helped here/ there/ everywhere, and went to Honduras on a mission trip. She even purchased land near her beloved church, hoping to build a house there someday, but ended up donating the land to the church. Always industrious, she fudged her age as a teen so she could become a switchboard operator for the local telephone company. Shirley sheepishly would admit that this position afforded her almost unfettered access to the town gossip, which she dutifully failed to reveal to anyone. With faith securely in heart and hand, Shirley graduated from Cheney High School knowing she would devote the rest of her life to service. She studied nursing at Nazarene College, Nampa, and at Eastern Washington College, before launching her career in health care. In the beginning, she tended too many at St. Luke's Hospital, Spokane, then assisted doctors in Cheney, then returned to St. Luke's to help usher God's Children into the world. Recognizing a need, Shirley was proud that she was instrumental in starting the Spokane County Home Health Program. Shirley eventually came to understand that she was destined to provide care for disabled children, which she was able to perform as a Nursing Supervisor at the Interlake School, Medical Lake. When not working, Shirley found time for many other pursuits, such as nursing at summer camps, volunteering with the Special Olympics, traveling far and wide, boating, snow skiing, growing seasonal fruits and vegetables, and perfecting flowers, especially roses. She once won a Yard of the Month award...when she was 91 years of age. Shirley played the clarinet, winning many competitions. She also played the piano and violin. She was an avid bowler too, rolling in many leagues and tournaments throughout the Pacific Northwest, garnering trophies galore. She enjoyed playing board and card games, especially Muggins and Shanghai rummy, with family and friends. Shirley also possessed a strong appreciation of art. With an uncanny eye and steady hand, she sketched and painted various subjects her entire life. And she delighted in creating flower arrangements and centerpieces for friends and family. Shirley was predeceased by her parents, sister Corlyn Hudson, brother Walter S. Loomer, niece Connie Retherford, and nephew Jerry Hudson, Jr. Surviving family includes nephew David Loomer and niece Sheri Loomer, as well as several other nephews and nieces. Shirley chose not to marry, but treasured her extended family and friends, as well as her beloved pet dogs over the years, including Pepe, Chuckie, Poncho, and Lily. There will be a Memorial Service for Shirley on Friday, May 13, 2022, at 2:00 pm, Church of the Nazarene, 338 W. Betz Road, Cheney, Wash., 99004. Memorial donations may be made in Shirley's honor to the Church of the Nazarene, Cheney.

Shirley Lorraine Loomer, 95, passed away peacefully in her sleep Saturday, April 23, 2022, in Cheney, Wash. Shirley was born Dec.31, 1926, in Cheney, the second child of Charles S. Loomer and Minnie M. (nee Miller) Loomer. When she was 3, the... View Obituary & Service Information

The family of Shirley Lorraine Loomer created this Life Tributes page to make it easy to share your memories.

Shirley Lorraine Loomer, 95, passed away peacefully in her sleep...