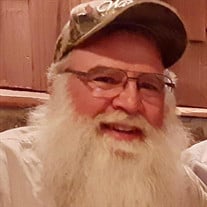 Roger Wayne Horton was born to Howard Franklin Horton and Verdetta Evalo Landon in Hudson, Michigan, and died in Spokane, Washington. He was raised in a family with five brothers and three sisters. Roger graduated from Hilltop High School in West Unity, Ohio, and earned his degree in Forestry from Michigan Technical University in Houghton, Michigan. He married Mary Lynn Wolfrum in Spangle, Washington, on May 10, 1986. Together they had three children, Nathan James, Megan Michele, and Andrew Joseph. Roger and Mary divorced 18 years later, in June 2004, but remained good friends. Roger was preceded in death by his parents, his brother Stanley Ned Horton, and his sister Lois Ann Horton Warfield. He is survived by brothers Arlen (Rita) Horton, Jerry (Maureen) Horton, Tom (Cindy) Horton, Richard (Christine) Horton, his sisters Mary Horton (Denny) Ruetz and Janice Horton (Allan) Myers, and several nieces and nephews. He is also survived by Mary Wolfrum DeStaffany, his children Nathan Horton, Megan Horton (Clayton) Mabey, and Andrew (Taylor) Horton, and one grandson James Frederic Mabey. Roger worked for Sauder’s Woodworking in Ohio. When he moved to the Northwest in 1980, he began seasonal work for the Forest Service in the Kaniksu, St. Joe, and Payette National Forests all located in Idaho. He then worked for the Liberty School District for ten years and recently retired from the Wastewater Treatment Plant for the City of Cheney, Washington, on July 30, 2021, after twenty-four years of service. Roger maintained his love for forestry by trimming trees in the Spokane area. Roger was very patriotic and served with the Boy Scouts of America and helped at Young Women’s summer camp to teach proper care and respect for the American flag. He gave of his time and put the welfare of others before his own; he was honest and always held true to his word. He loved nature and had knowledge of and respect for the forest and the critters that lived there. He was humble and teachable and took his decision to join The Church of Jesus Christ of Latter-day Saints very seriously. He demonstrated this by serving faithfully in many callings. Roger was a devoted father who loved and taught his children righteous principles. He would sing them songs, make up funny dances and games, cook them wonderful deer steaks and burgers, and taught them the value of hard work and having fun at the same time. He cherished camping, hiking, and hunting with his children. He dearly loved all children and taking the time to notice them. He loved being Dad, Uncle Roger, and Papa. Roger’s funeral service will be held on Friday, August 20, at 5:30 p.m. It will be held at The Church of Jesus Christ of Latter-day Saints, located at 10405 W. Melville Road, Cheney, WA 99004. Family and friends are welcome to attend a viewing to be held at the same location at 4:00 p.m. A Celebration of Life will follow from 6:30 until 8:00 p.m. To honor Roger’s life and legacy the family would ask that you serve another and/or donate to a charity of your choice.

Roger Wayne Horton was born to Howard Franklin Horton and Verdetta Evalo Landon in Hudson, Michigan, and died in Spokane, Washington. He was raised in a family with five brothers and three sisters. Roger graduated from Hilltop High School... View Obituary & Service Information

The family of Roger Wayne Horton created this Life Tributes page to make it easy to share your memories.