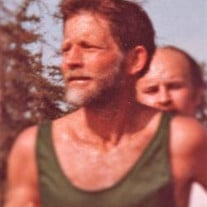 Roger E. Harman passed away November 23, 2015 at Hospice House of Spokane. He was born in Devil’s Lake, North Dakota on May 18, 1934, the first child of Merle and Warren Harman. Roger grew up in Malad City and Harrison, Idaho. The family relocated to Spokane, Washington and he graduated from North Central High School in 1952. In September 1961, Roger married the love of his life, Suzanne Tillman. While an undergraduate at Eastern Washington University (EWU), Roger supported his growing family by doing shift work at Kaiser Trentwood. He obtained his BS from EWU in 1965, his MS from EWU in 1966, and his doctorate from the University of Utah in 1970. Roger taught at EWU and retired from Spokane Community Mental Health as a court evaluator in 1998. Roger is survived by his wife of 55 years, Suzanne, his sister Nancy, seven children- Jim (Sunnie), Jon (Joanne), Kelly Morrison, Chris (Dorothy), Leith, Kyle (Anna), Alyssa, step-daughter Dawn Dudzinski (Moergen)- 20 grandchildren and three great-grandchildren. He was preceded in death by his parents, his brother Michael, his infant daughter Michael Marie, and his step-daughter Nicole Dudzinski. An avid runner, Roger completed concurrent Bloomsday runs from 1977 to 2001. He also ran several marathons in Cheney, Spokane, Coeur d’Alene and Seattle. During his lifetime he helped many people as a clinical psychologist, a father, a grandfather and a friend. His honesty, loyalty, and kindness toward people and animals will always be remembered. Once you were a friend of Roger's, you were a friend for life. Funeral services will be held on 30 November 2015, at 3:00pm at the Cheney Funeral Chapel, 1632 West First Street, Cheney WA.  In lieu of flowers, donations may be made in Roger’s name to Wolf Haven International of Tenino, WA (http://store.wolfhaven.org )

Roger E. Harman passed away November 23, 2015 at Hospice House of Spokane. He was born in Devil&#8217;s Lake, North Dakota on May 18, 1934, the first child of Merle and Warren Harman. Roger grew up in Malad City and Harrison, Idaho. The family... View Obituary & Service Information

The family of Roger E Harman created this Life Tributes page to make it easy to share your memories.