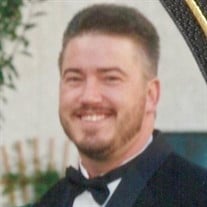 Mathew Byron Irvin, age 56, passed away unexpectedly on April 11th, 2022, at his apartment in Cheney, WA. Matt was born May 9th, 1965 in Fort Leavenworth, Kansas to Darrell and Mardell Irvin. He had two older brothers, Merchon and Mark, and one older sister, Michelle. Matt had a charismatic and infectious personality. Gifted with wit and humor, Matt evoked smiles and laughter from strangers and friends alike. Matt graduated from Cheney High School in 1984 and later from the Culinary Institute of America, in the Napa Valley. Not long after graduating from High School, Matt worked at Domino's Pizza where he learned all aspects of the pizza delivery business. Eventually, he and a partner decided to start their own pizza delivery business, named King Pizza, in Coeur d'Alene. The business thrived for some time until Matt decided to move back to Spokane, WA. He worked at several top restaurants before helping his brother Mark, create and manage the new restaurant at Northern Lights Brewing Company. Wherever Matt resided, employment opportunities as a chef soon followed. Later, he decided to start his own restaurant in Cheney, called Immix. This was a place where he was able to show off his unique culinary style and talent. Matt truly loved all things food and it showed in everything he made. Matty, as many called him, was also a talented guitarist and singer. He spent many weekends playing with local bands at various venues in Spokane and Coeur d'Alene. Matt loved to fish and spent countless hours in pursuit of "the big one." Winters drew him to the mountains where he loved to ski. One of Matt's favorite places in the world was Priest Lake, Idaho where he spent summers as a child at the family cabin. Matt had a special way with children, especially his nephews and niece. On one particular Christmas Eve, Matt, to the disbelief of the kids, called Santa Claus. He allowed them to talk directly to Santa. He said he had Santa on speed-dial! To those who were close to Matt, they loved him for the stories they shared, his infectious laughter, generosity, and true spirit. We will all miss you, Matt. Matt is survived by Darrell B. Irvin, father; Mark Irvin, brother and wife Stacy; Payton Irvin, nephew; Connor Irvin, nephew; and Kyleigh Giddens, niece. He was preceded in death by his mother, Mardell Irvin (September 2013), His brother Merchon (May 1986), and sister Michelle (March 2021). Mathew's life will be celebrated on Saturday, May 7th at 11:00 am at Cheney Funeral Chapel, 1632 W. First Street, Cheney, WA. 99004.

Mathew Byron Irvin, age 56, passed away unexpectedly on April 11th, 2022, at his apartment in Cheney, WA. Matt was born May 9th, 1965 in Fort Leavenworth, Kansas to Darrell and Mardell Irvin. He had two older brothers, Merchon and Mark, and... View Obituary & Service Information

The family of Mathew Byron Irvin created this Life Tributes page to make it easy to share your memories.