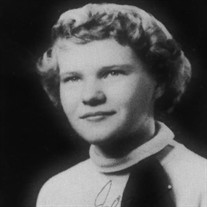 Lilly Joan Allen passed away on February 3, 2022, after a long and rewarding life. Lilly was born on September 25, 1936, in Pasco, Washington and raised on a dairy farm. In her early teens, Lilly’s family relocated to the town of Post Falls, Idaho where she graduated from Chinook High School in 1954. Lilly was married to David Ray Davis on May 25, 1955, in Couer d’Alene, Idaho. They started a family in Spokane, WA with their firstborn, Terry Michael Davis on December 17, 1957. Shortly afterward they moved to Dayton, Ohio in search of employment and a stable home life. The family expanded three more times with, Charles Ray, Timothy Allen, and Susan Evelyn being born. In 1979 the family decided to return to the northwest to be near family and moved to Medical Lake, WA. David Ray Davis passed unexpectedly on November 8, 1980. Lilly had taken a cooks job at a local restaurant to support the family, building a reputation for home-cooked lunch specials, where she met her second husband, Richard Lee Allen, a regular customer at the restaurant. They were married in Post Falls, Idaho, and enjoyed retirement, traveling the United States, trips to Kmart for shopping, and playing cards. After Richard passed away in 2000, Lilly moved to an apartment complex in Medical Lake, Washington where she made several lifelong friends. At the age of 83, Lilly moved to a retirement center in Spokane, Washington where she continued making friends until her passing. Lilly Joan Allen loved flowers, with a preference for the artificial variety. She took pride in decorating the house and outdoor deck for neighbors to enjoy. She was an animal lover as well. When she was no longer able to care for an animal full-time herself she would take great pride in babysitting animals for friends and neighbors when the occasion would arise. She also was an avid puzzler, with a large collection of her work found tucked away in discreet places around the home. Lilly is preceded in death by her parents, Harry & Lilly Axtell, her younger brother Paul Axtell due to a farming accident, first husband David Ray Davis, second husband Richard Allen, and two sons Terry Michael Davis and Charles Ray Davis. Lilly is survived by her two sisters, Fern Rundle and her twin sister June, Son Tim Allen Davis, Daughter Susan Evelyn Dennehy, Grandsons, Andrew Allen Davis, Christopher Lee Davis, Ben Davis, Adam Dennehy, and Grant Davis, Granddaughters, Julie Davis and Lori Dennehy, Morgan Davis, and Emily Davis. In respect of Lilly’s request, no funeral services will be arranged. Lilly will be laid to rest with her husband Richard Allen at the Tahoma National Cemetary in Renton, Washington. In lieu of flowers, Lilly’s asked that donations be made to the Spokane Humane Society.

Lilly Joan Allen passed away on February 3, 2022, after a long and rewarding life. Lilly was born on September 25, 1936, in Pasco, Washington and raised on a dairy farm. In her early teens, Lilly&#8217;s family relocated to the town of Post... View Obituary & Service Information

The family of Lilly Joan Allen created this Life Tributes page to make it easy to share your memories.