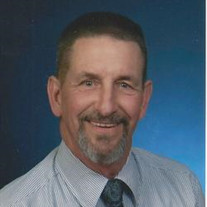 Beloved husband, father, step father, brother and grandfather passed away with family at his side on October 23, 2016, at Hospice of Spokane. Dennis was born in Worcester, Massachusetts to Louis and Thelma Allard on July 23, 1941. He was the oldest of four children and grew up in Worcester, MA and Long Beach, CA. He graduated from Polytechnic High School in 1959. As a longtime resident of Deer Park, Washington, Dennis was actively involved in his community. He served as a volunteer firefighter for the City of Deer Park Fire Department and for Spokane County Fire District 4 as well as a volunteer EMT for Deer Park Ambulance for many years. Dennis was an active member of St. Mary’s Presentation Catholic Church in Deer Park for more than 45 years, where he established many friendships and served as lector and member of the Knights of Columbus. He was an avid philatelist, couch athlete and sports spectator. Dennis traveled to France and Italy where special interest in the Vatican soon influenced his reading choices. He was married to JoAnn LeStage for 18 years and fathered 9 children. They divorced in the spring of 1982, and in 1986 he married Dianne Wiiest. He and Dianne remained married for the next 30 years and together they raised and celebrated the lives of 13 children and 21 grandchildren. Holding several annual gatherings with their combined family helped to craft a rich life for them. He retired from Van Waters and Rogers in Spokane, Washington as a purchasing agent. After retirement, Dennis worked as an assistant to Ralph Lauer at Lauer Funeral Home in Deer Park, Washington. Dennis held several interesting jobs during his lifetime, including florist, embalmer, weed and pest control agent, and accountant. His surviving children; Louis(Barry), Denise, Mary, Theresa(Scott), Steven(Nicole), Dorothy(Richard), Anthony(Michelle), and Patricia(Greg), his step children; Mark(Stacy), Leah(Eric), and Kendra his Sister Sandra(Mike), and his brother Randall(Jerrie) invite you to join us as we remember and honor Dennis. A rosary vigil will be Friday, December 2, 2016 at 7:00 P.M. at St. Mary’s Presentation Catholic Church in Deer Park. Funeral mass will be on December 3, 2016 at 10:00 am St. Mary’s Presentation Catholic Church with a reception to follow. The family wishes to thank the staff at Hospice for their compassionate care. It was Dennis’ wish for memorial contributions to be made to St. Mary’s Presentation Church building fund.

Beloved husband, father, step father, brother and grandfather passed away with family at his side on October 23, 2016, at Hospice of Spokane. Dennis was born in Worcester, Massachusetts to Louis and Thelma Allard on July 23, 1941. He was the... View Obituary & Service Information

The family of Dennis Paul Allard created this Life Tributes page to make it easy to share your memories.